GNOMES !!!
Made of pinecones !

Everyone seems to be enchanted with gnomes… who wouldn’t be? They’re kind of like elves. Not really trolls. They live in yard…   Could it be? A special pinecone sprouts a lovable shelf dweller ?

Significance of the Gospels of Matthew, Mark, Luke and John

In Christian tradition, the Four Evangelists are Matthew, Mark, Luke, and John, the authors attributed with the creation of the four Gospel accounts in the New Testament.

Matthew was a former tax collector (Levi) who was called by Jesus to be one of the Twelve Apostles, Mark was a follower of Peter and so an “apostolic man,” Luke was a doctor who wrote what is now the book of Luke to Theophilus. Also known to have written the book of Acts (or Acts of the Apostles) and to have been a close friend of Paul of Tarsus,  John was a disciple of Jesus and the youngest of his Twelve Apostles.

They are called evangelists, a word meaning “people who proclaim good news,” because their books aim to tell the “good news” (“gospel”) of Jesus.
Perhaps the Four Calling birds are proclaiming that Good News as well.

~ Pinecones (one for each Gnome)
Mine are really small and I used 4 for Matthew, Mark, Luke and John

~ Felt – all sorts of colors (white, brown, black or grey for beards) 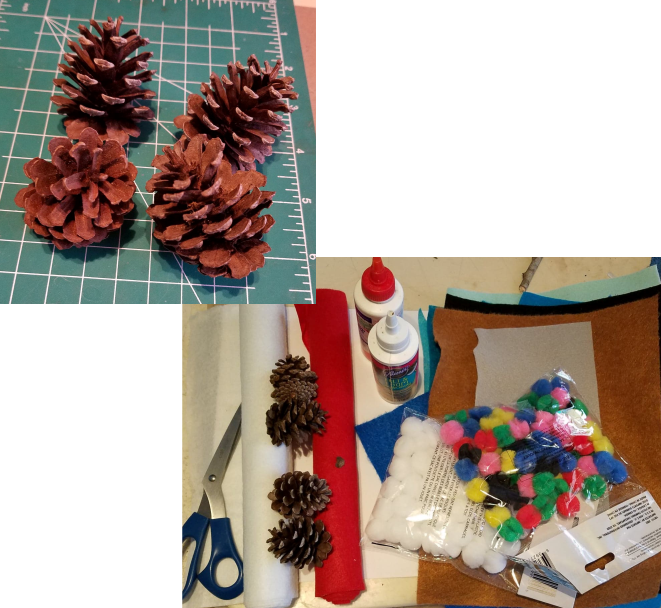 Begin with your pinecones and card stock. Sketch “feet” to act as a base for your Gnome. Cut them out then glue them to your “foot felt”. 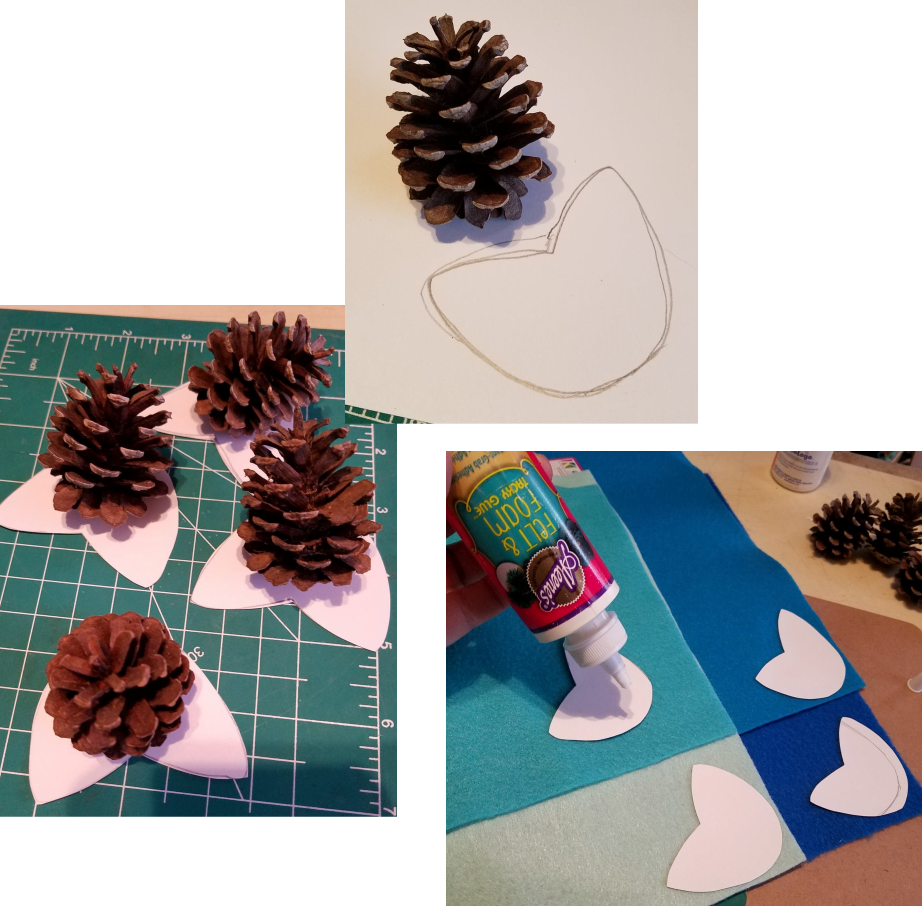 While your feet are drying, print and cut the patterns for scarf, hat, moustache and beard.

* Right click the image and “save as” or “copy” then open in any program you can use to size and print.

OR, just sketch the patterns the size you need.

Use your patterns to draw a cutting guide on your felt.

You see here, the feet have dried and were cut with the cardstock reinforcing underneath, the moustaches, beards, scarves and hats. 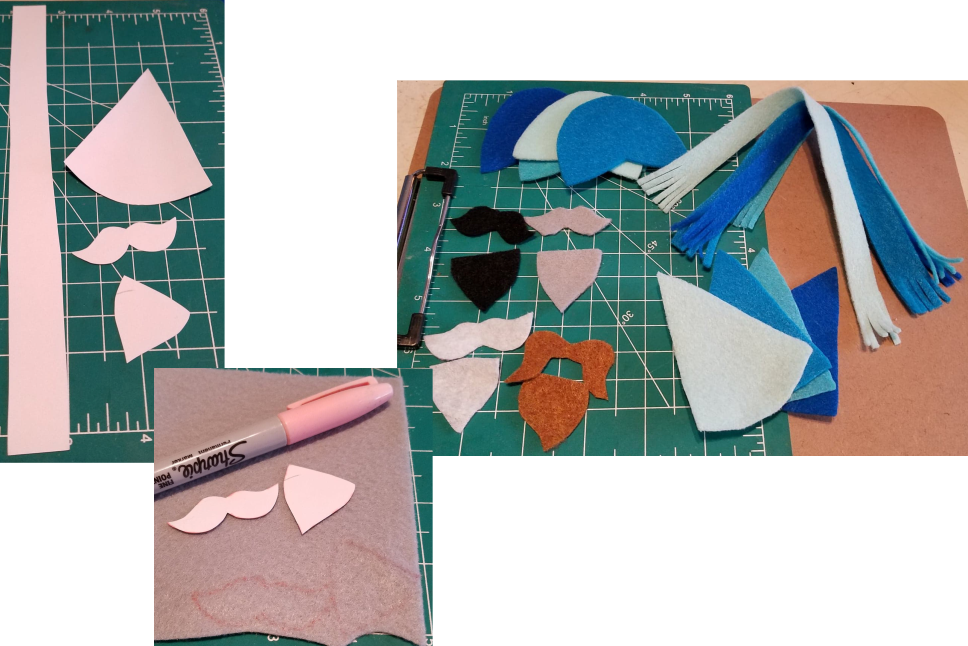 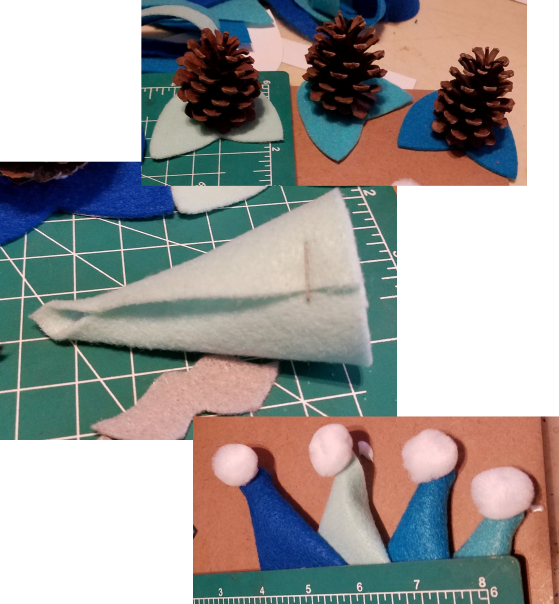 Next, glue your pines to your feet. Set aside to dry.

Fashion the hat into a cone shape making sure they’ll fit snuggly on the pinecone and staple. Glue a pom pom to the top to the hats and allow to dry. 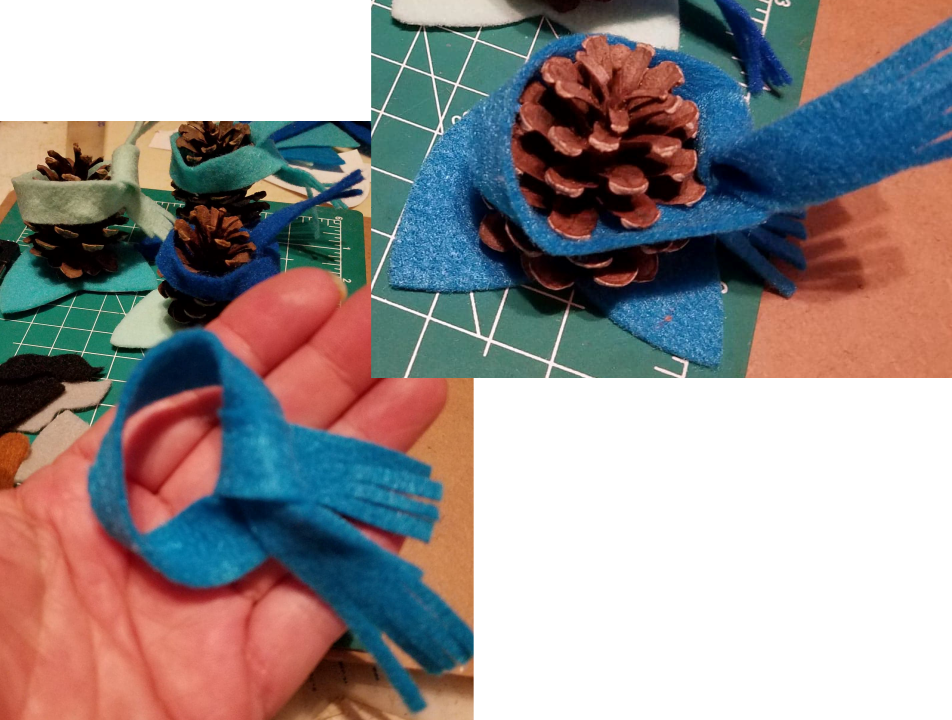 To make the scarves, tie them loosely and then carefully slide them onto your pinecone about halfway down.

Next, glue on the beards. They glue really well to the scarf, instead of the “petals” of the pinecone and then the moustache 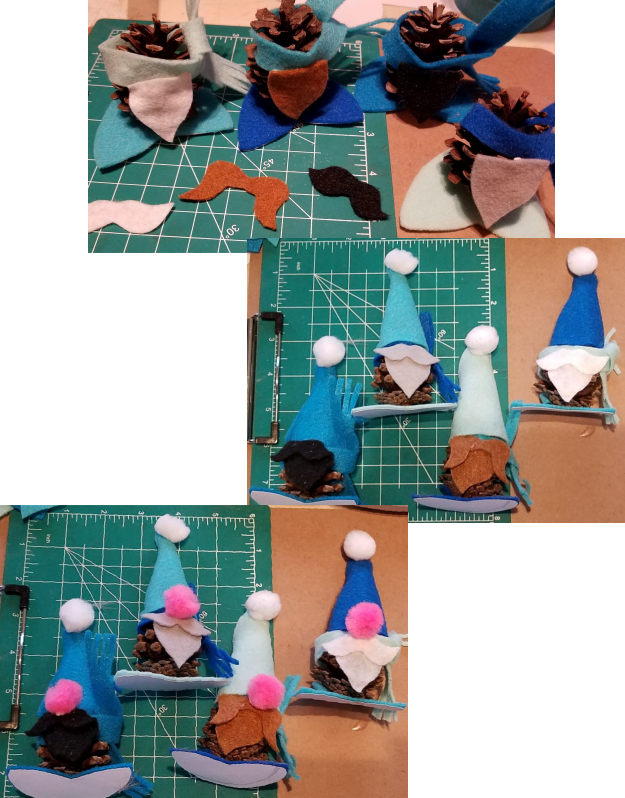 Add a generous amount of glue to the inside of the hat and slide onto the pinecone lining up to the scarf.